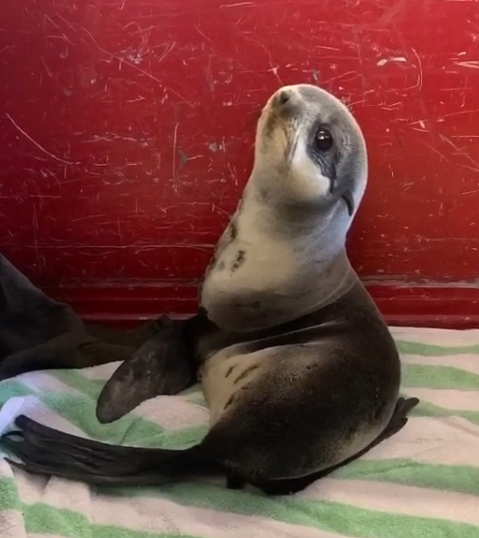 A 5-month-old sea lion was tuckered out Sunday after firefighters rescued the little pup who had strayed from his Bay Area home.

“He found his way into a local parking structure, and a good citizen called RCFD to the rescue,” the Redwood City Fire Department said.

Firefighters wrangled the sea lion, nicknamed Santos, in the parking garage and placed a rope leash around his neck. Back at the fire station, video shows the cuddly critter fighting off sleep. Resting on a green-and-white striped towel, the tired baby repeatedly dips his head as he tries to stave off sleep before eventually giving into nap time after an undoubtedly tiring adventure.

The Marine Mammal Center brought the sea lion to nearby Sausalito, where he will be monitored and treated before being released.

Sea lions and seals are no stranger to the Redwood City area. Bair Island, one of the wetlands south of San Francisco Bay, is one of their havens.