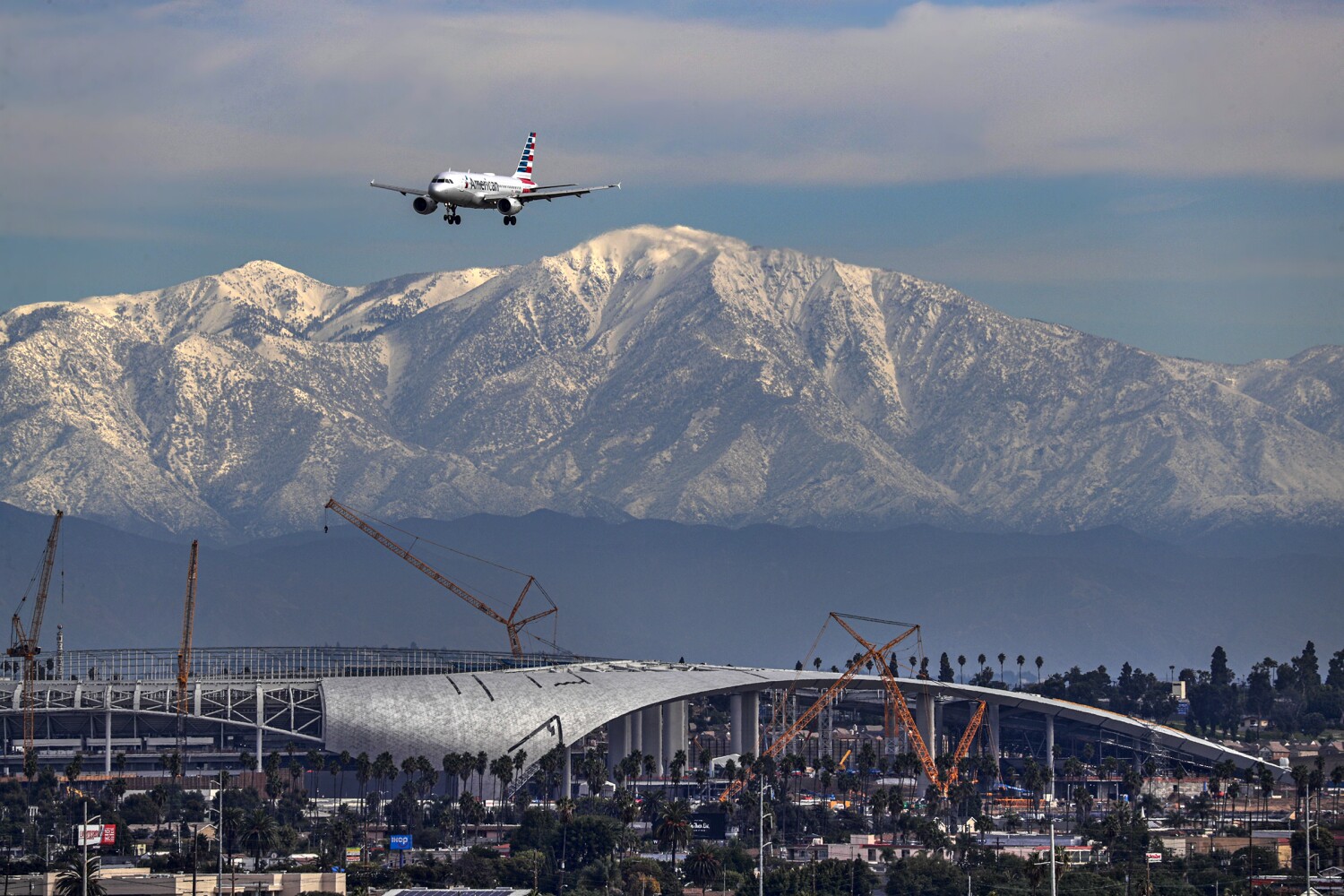 Freezing rain and snow triggered a winter weather advisory in the Los Angeles and Ventura county mountain areas on Saturday, as the region braces for more rain next week, forecasters said.

The advisory was expected to remain in effect until 10 p.m. Saturday, the National Weather Service said. Snow and fog reduced driving visibility along the Interstate 5 corridor near the Grapevine in northern Los Angeles County and Highway 33 in Ventura County.

One to three inches of snow is expected in the Los Angeles County mountains, and up to five inches was forecast in the Ventura County mountains, the weather service said. The snow-capped San Gabriel Mountains turned the region into a winter post card Saturday with snow levels ranging from 3,500 to 5,000 feet.

About four feet of snow had already fallen on Big Bear Mountain in San Bernardino County as of Friday morning. On Saturday, Highway 18 from Lucerne to Big Bear was reopened after it was temporarily shut down because of heavy snow.

But it was the only way in and out.

Caltrans urged people to avoid the area. “If you do not have immediate business in the mountain, stay away so people can get home!” the agency tweeted.

But more rain is on the way, with one to two inches forecast between Tuesday night and Wednesday night throughout the county, according to the weather service. Parts of Ventura, Santa Barbara and San Luis Obispo are also expected to see some showers, with northwestern San Luis Obispo forecast to get up to four inches of rain through Monday.

The rain is a result of a new storm sweeping into the region from the west, supercharged by an atmospheric river of subtropical moisture — long plumes of water vapor that can pour over from the Pacific Ocean through California. The heaviest rain is expected to hit the region between Tuesday and Saturday.

Meanwhile, the Bay Area will see increased rain from the storm pattern. Some areas may see a foot of total rainfall between Saturday and Wednesday morning.

“We’ve seen a little bit of rain, and it’s just going to continue,” said Carolina Walbrun, meteorologist at the National Weather Service in the Bay Area. “We’re going to be getting it through the whole weekend and the first half of next week.”

The brunt of the storm will hit the Monterrey coastal range, with the Santa Cruz Mountains expected to get up to 10 inches of rainfall, while the Santa Lucia Mountains could see as much as 12 inches of rain, according to the weather service.

High wind warnings are in effect through noon Sunday along the Sonoma coast and through 3 a.m. Monday for the San Francisco peninsula, with gusts of up to 70 miles per hour.