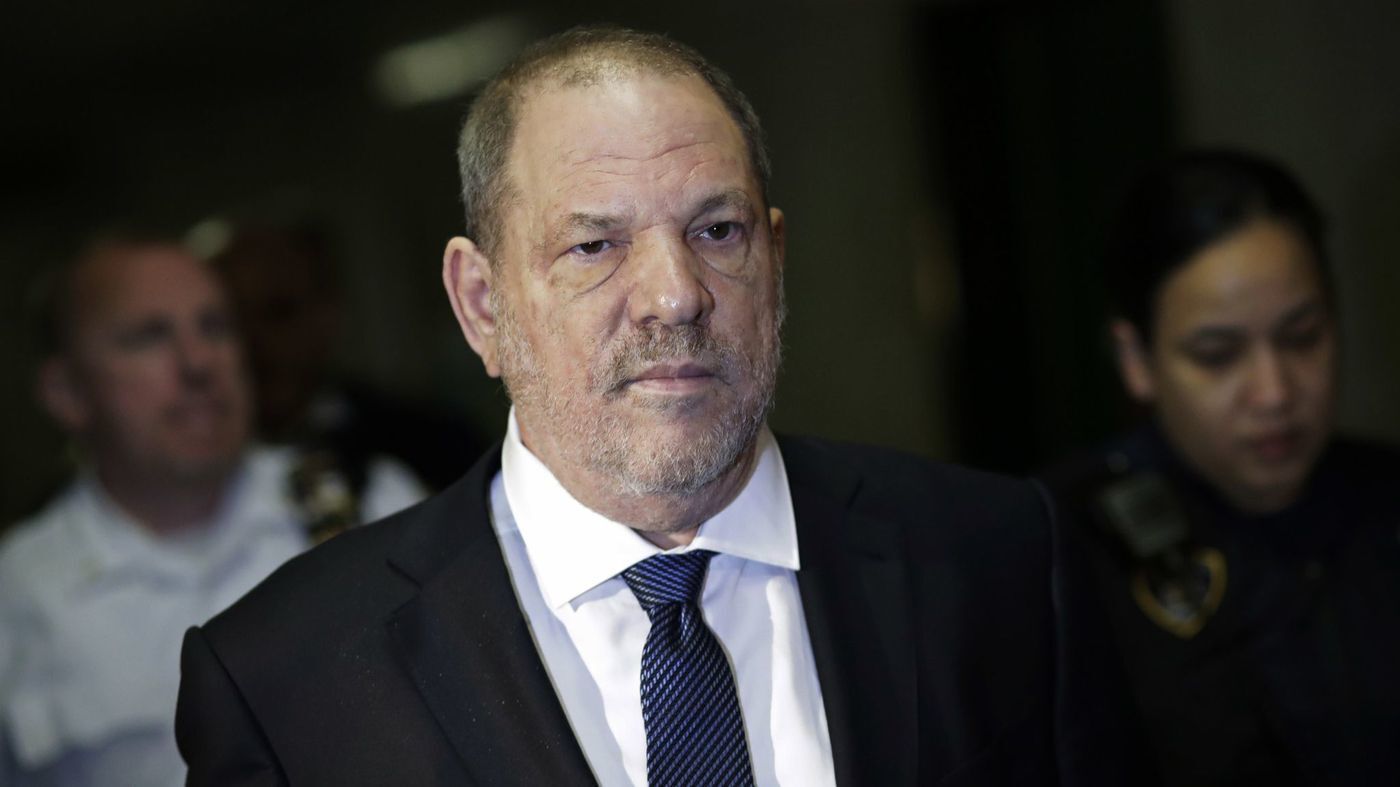 A once-aspiring actress who alleges she was repeatedly raped by Harvey Weinstein, despite defense claims that they were in a lengthy “loving relationship,” is expected to take the witness stand in another tense round of testimony at the former mogul’s criminal trial in Manhattan on Friday.

The woman, whom The Times is not naming because she has not self-identified as a sexual assault accuser, will be the last witness whose allegation of rape led to a criminal charge in the Manhattan case.

The woman’s testimony marks a crucial moment in the case. Of the three women whose accusations led to charges in New York, hers is the only story that has not been shared publicly before.

Weinstein has denied all wrongdoing and his attorneys have argued that each alleged assault was a consensual affair.

In her opening statement last week, Manhattan Assistant Dist. Atty. Meghan Hast said Weinstein violently raped the woman at a New York hotel in 2013, part of repeated abuses the woman alleges began in Los Angeles. Hast said the woman felt “trapped” and dependent on Weinstein for acting opportunities, so she maintained contact with him for years and engaged in sporadic sexual encounters.

She left home at 16 and moved to Los Angeles at the age of 25, according to Hast. In early 2013, she had been living in the city for several years and was sharing an apartment; Hast portrayed her as a “starving actress.”

The woman and her roommate at the time first met Weinstein at a Hollywood industry party, according to Hast, who said Weinstein arranged a future business meeting between them.

The woman “was stunned, so happy and excited … a titan of the industry, was noticing her and now interested in her, and her talent,” said Hast, adding that Weinstein was only giving her “an audition … as a victim.”

They next met at a hotel bar where they discussed acting and her personal life before going up to Weinstein’s hotel room. At that point, Weinstein offered to give the woman a massage. She declined. He insisted. Eventually, she gave him a massage but felt “bullied and manipulated,” Hast said.

Still, the woman continued to interact with Weinstein, who arranged meetings around Southern California and invited her to other industry events. He started to make mention of a movie script where Jessica and her roommate would be “perfect” for the two lead roles.

“Despite the odd massage request, [she] still naively believed that Harvey was interested in her as an actress,” Hast said.

The two ended up at another hotel business meeting, according to Hast, who said Weinstein grabbed the woman by the arms and started kissing her before pulling her into a bedroom. Hast said Weinstein forced the woman onto the bed, held her down and then performed oral sex on her against her will.

The woman, “realizing there was nothing she could do, faked an orgasm, hoping that that would end it,” Hast said.

The alleged victim felt humiliated, even “suicidal,” according to Hast. But her roommate urged her to continue interacting with Weinstein because the connection to him could be beneficial to their careers.

“She will tell you about subsequent communications, phone calls … some of them will appear loving, like a child,” Hast said. “She’s not going to ask for your pity. What she needs is your attention.”

In March 2013, the woman traveled to New York City for “the first time in her life” along with an industry friend who was headed there on business, Hast said. She contacted Weinstein and tried to set up a breakfast meeting between the mogul and her friend.

They were supposed to meet for a late breakfast at the Doubletree Hotel on 51st Street and Lexington Avenue, but on the morning of the meeting, the woman received a call in her hotel room that Weinstein was downstairs.

The woman was panicked and went downstairs to ask Weinstein why he was there. She found him checking into a hotel room and confronted him “because she knew what was coming next.”

She did not fight back, according to Hast, who said the incident at the Doubletree is the crime charged in the current case.

Despite this, the woman still went to the breakfast meeting, where Weinstein invited her to a movie premiere. She attended, but afterward “slept on her friend’s floor rather than risking going back to her hotel to find the defendant there.”

In 2013, the woman began seeking work as a hairdresser and started dating someone whom she fell in love with, Hast said. She agreed to meet Weinstein and give him a haircut at the Peninsula Hotel in New York.

Hast said she was afraid to tell Weinstein about the boyfriend. When she did, Hast said, Weinstein “grabbed [her] by the arms, ripped her from the chair and dragged her screaming that she ‘owed him one more time.’”

In his opening, defense attorney Damon Cheronis pounced on the fact that the woman stayed in contact with Weinstein and attended events with him despite the alleged graphic assaults described by Hast. He highlighted several playful, loving exchanges between the two for the jury.

“Dear Harv, I got a new number. Just wanted you to have it. Hope you are well and call me anytime, always good to hear your voice,” the woman wrote in 2013, according to Cheronis.

“You can’t say I’m afraid of this man, I’m trying to get away from him, while at the same time, after he sexually assaulted you, asking if you are going to be in L.A.,” Cheronis said.

Cheronis also showed messages in 2014 where the woman offered to have Weinstein meet her mother.

“This is not about a young individual who is tricked by a master manipulator,” Cheronis said. “You are going to see, get ready for it, an actual loving relationship in hundreds of emails between [the alleged victim] and Harvey Weinstein.”